Was quite a hassle in the past to setup SSH connectivity into your Elastic Beanstalk instance, luckly this got simplified. With the eb Version 3 command tool you get all the necessary support.

Run eb init, which will configure the eb command line to one of your running eb instances.


Now configure your EB Environment to allow ssh inbound traffic, via
eb ssh —setup command. Be aware that will result in a re-creation of your EB environment.
Amongst others the command will create the public/private keypair as well which is put under the default name aws-eb into your local
.ssh directory

You are now ready to connect with the
eb ssh command.


Log files of your instances can be found in the /var/log directory. The log file of your en-docker instance you will find in the following subdirectory.


Looking at the details of the configuration triangle

Memorize the following picture, which shows you the major concepts of a EC2 setup. AWS EC2 is the underlying Linux Container Infrastructure on top of which your EB managed Docker Applications will run.

You Docker Container will run within one EC2 instance, represented by the orange Instance box. For each EB Docker Instance there will be one EC2 Instance instantiated. 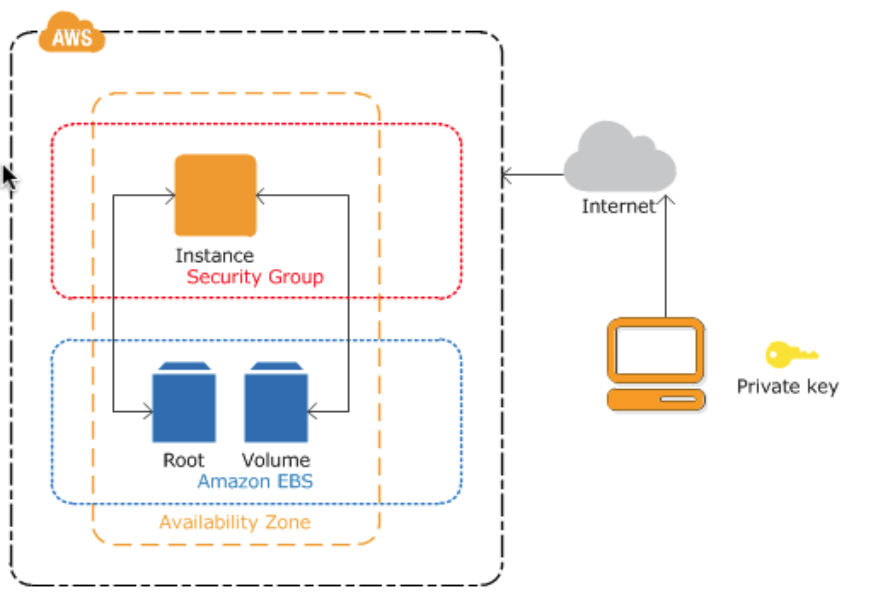 The EC2 instance will have Security Groups to control the access. There is a Security Group for each EB-Instance you are running, which by default allows inbound access from the http port. This security group is now extended to allow SSH inbound traffic.
In the dashboard you will see a Security Group Name which contains the substring AWSEBSecurityGroup (this value is also a tag value of the group for tag name
aws:cloudformation:logical-id (Tab Tags))

This Security Group ASWEBSecurityGroup is the configured Security Group of your EC2 docker instance running the EB environment. You would find the link in the column security group when click on Instances (left hand menu) in the Dashboard

As mentioned above a Key Pair was created with the default name aws_eb (left hand menu Key Pairs). The eb setup command made sure that this key pair was downloaded to your local .ssh directory. 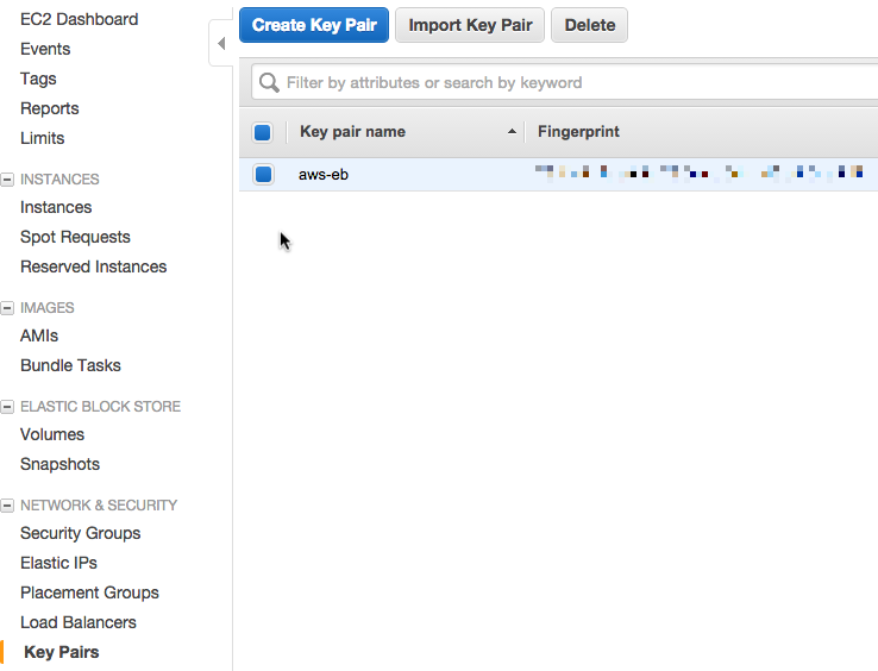 So now we have (1) a EC2 Instance configured with (2) a Security Group for SSH inbound traffic and we have (3) a Public/Private key pair which allows us to authenticate ourselves.


The missing combination of (2) Security Group with (3) Key Pair can be found in the Elastic Beanstalk Dashboard via the Server Configuration tab. You can see here the Security Group as well as the drop box EC2 key pair, which ties the relevant Key Pair to the configuration. That’s it.